Panch phoron is a whole spice blend from India. Unlike most masalas, it consists only of whole seeds. The name means “five spices”.

The standard panch phoron consists of equal parts of:

Naturally, many other versions exist, as individual chefs blend their on panch phoron to suit diners´ preferences for various dishes. Some people do for instance prefer a panch phoron with less fenugreek seeds, since these seeds are a bit bitter.

In Bengal, it is quite common to skip the mustard seed and include radhuni instead. If you want to make a Bengali-style panch phoron but have a hard time sourcing radhuni, try with celery seeds instead. 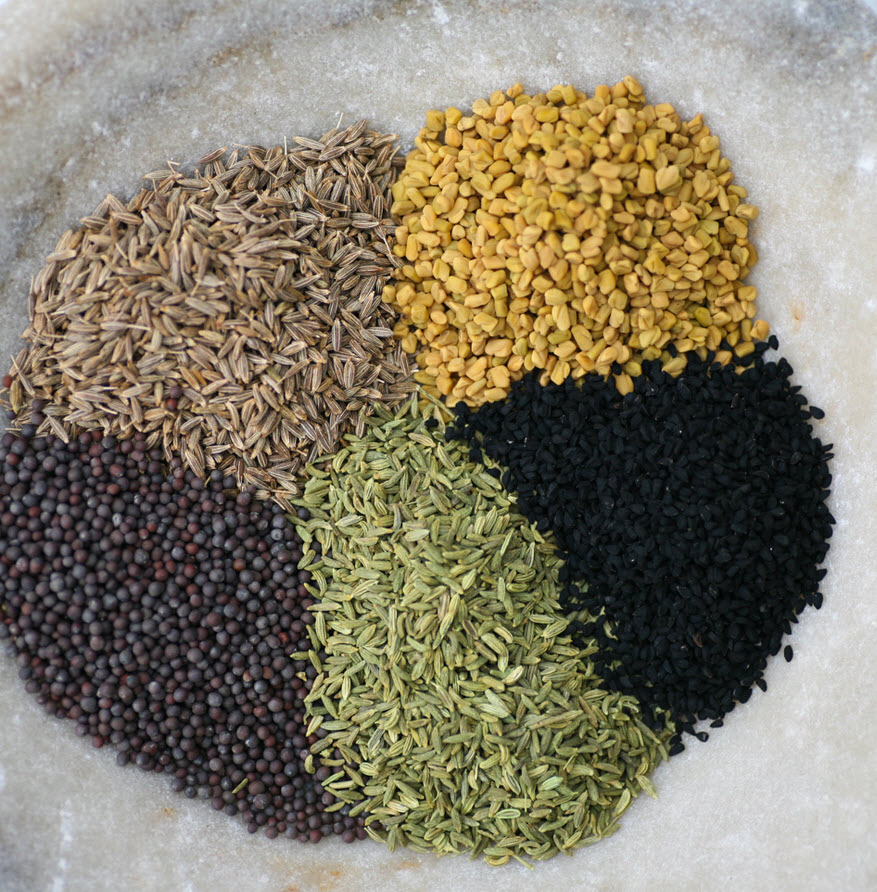 Panch phoran is commonly used for “tempering”, which means that the seeds are fried in fat which makes them pop. Then, the other ingredients of the dish are added to the pan.

Panch phoran is typically used for:

Radhuni is the Bengali name for the Trachyspermum roxburghianum plant. (Also known as Carum roxburghianum.) This flowering plant grows in many parts of South and South-Eastern Asia. It is called Ajamoda in Sanskrit and Ajmod in Hindi and Urdu.

The small dried fruits are referred to as seeds in culinary contexts, and they look similar to celery seeds. The smell is a bit like parsley but the taste is more akin to celery seeds.

Be careful when using radhuni, because it can easily overpower a spice mix.

Charchari is a Bengali vegetable dish that exists in a multitude of variations. This is one version, and it is seasoned with panch phoran, mustard paste, turmeric powder and asafoetida.